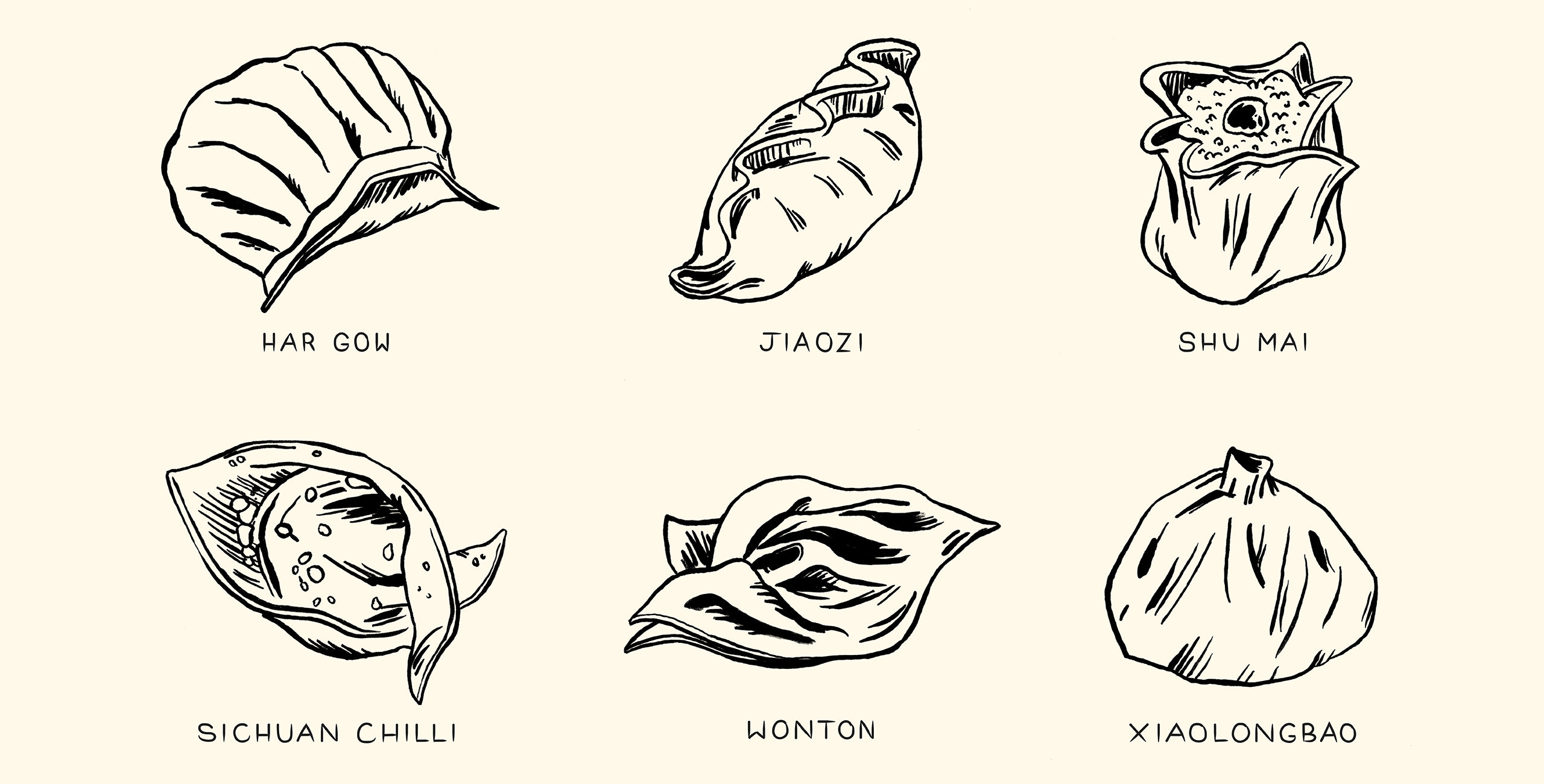 An Eater’s Guide to Chinese Dumplings
How to tell your xiao long bao from your siu mai.
Published 22 June

At its simplest, the Chinese dumpling is made from just three base elements: flour, water and a meat or vegetable filling. Yet, in China, the dumpling genre has spawned more than 40 regional varieties, with a shape for every place, season and occasion.

As we turn our minds to mood-enhancing comfort foods, winter is the perfect time to explore the delicious world of dumplings.

These plump, open-faced parcels first appeared in Mongolia filled with minced mutton. In Australia, we are more familiar with the Cantonese-style pork and prawn variation – a common fixture at yum cha (dim sum) restaurants. A mix of black mushroom, scallion and ginger is placed in an egg dough wrapper, then formed in to a flower shape and garnished with a flourish of crab roe.

This popular yum cha order really demonstrates the delicate and intricate technique behind traditional dumpling-making. The dewy, pliable skin is transparent but strong, steamed just enough to reveal a pillowy filling of minced prawn and bamboo shoots. Made to be consumed in one bite, a good har gau should have at least seven pleats on it, though 10 or more is preferable.

Otherwise known as Shanghai soup dumplings (or XLB), there’s no mistaking these soup-filled gems. But proceed with caution: filled with hot pork broth, bite in too quickly you’ll scald your tongue. Instead, pick up by the twisted peak and dip into a 2:1 mix of red vinegar and soy sauce. Next, place on a spoon, poke a hole to release the liquid and consume. The secret to the soup filling lies in chefs wrapping a cube of jellied stock into each parcel, which then melts during the steaming process.

Popular during lunar new year celebrations in northern China, the crescent-shaped jiaozi is a dumpling house staple. While typically filled with pork, shredded cabbage and chives, cooking methods can vary. Whether boiled, steamed or fried, the humble jiaozi is never boring. Look out for pan-fried jiaozi (aka pot-stickers), which are first steamed and then allowed to stick to the pan to achieve their signature crunchy, browned base.

Like the jiaozi, pork and prawn-stuffed wontons can be cooked in a range of different ways. You can find them steamed, served in soup, or deep-fried until crisp and golden. In China’s Sichuan province, the wonton’s trademark diagonal fold is referred to as chao shou (or ‘folded arms’) for its resemblance to crossed arms.

Sweet, sour, hot and salty, these Sichuan-style pork dumplings come bathed in an addictive mix of chinkiang (black rice) vinegar, soy sauce and chilli oil. Despite being commonly listed as ‘dumplings in hot chilli sauce’ on English-language menus, zhong shui jiao carry a complexity and depth of flavour that belies this modest description.

Feeling peckish yet? Get your dumpling fix at CBD Dumpling House.